Coyote population curve is moving upward exponentially. They deserve hunters' attention. As a species, they have the daring look of a prey which is a turn on for a hunter. Maybe one can even try out the meat! Yes, if the meat is cooked properly one can consume the meat of a coyote without any problem.

Although they are awesome to hunt, they can also run very fast; about 64 kilometers per hour, which can be challenging. So, the hunter needs to be very cautious. In this article, we are going to talk about five proven ideas that can boost your Coyote hunting game. 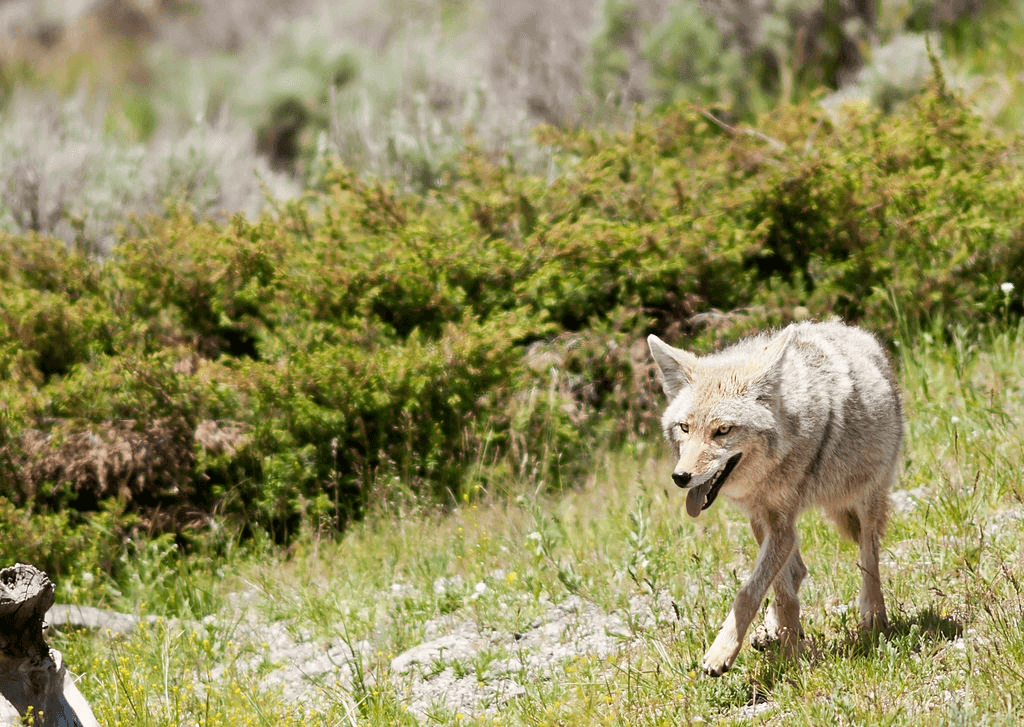 Understand the behavior of Coyote

As cliche as it might sound, understanding the Coyote behavior should be the first step to master the skill. Usually, we consider January or December to be the onset of Coyote year. In January the female coyotes become fertile and the male population go out to mate and breed.

Coyotes are primarily monogamous (they usually have one sexual partner), but sometimes the males out there, mate with other female Coyotes in the heat. Once the female Coyote gives birth to the pups hunting for food beings. So, the Coyotes can be found in the heat or in open space. And, the hunters should take advantage of that.

From the breeding season to the late summer is the time for food collection. In those periods the Coyotes are also the most vulnerable. So, if you are a hunting enthusiast just keep this time period in mind and you are ready to get the HUNT.

Once you know about the hunting season. You should look for other stuff like finding perfect equipment for shooting and the signs of Coyote’s present. Finding the coyotes can be actually very tiresome despite their population is increasing on a regular basis. There are three things that can be an obvious sign of Coyotes presents; kill sites, urine (they use to mark territory) and dropping, and tracks. The first thing; urine and droppings. 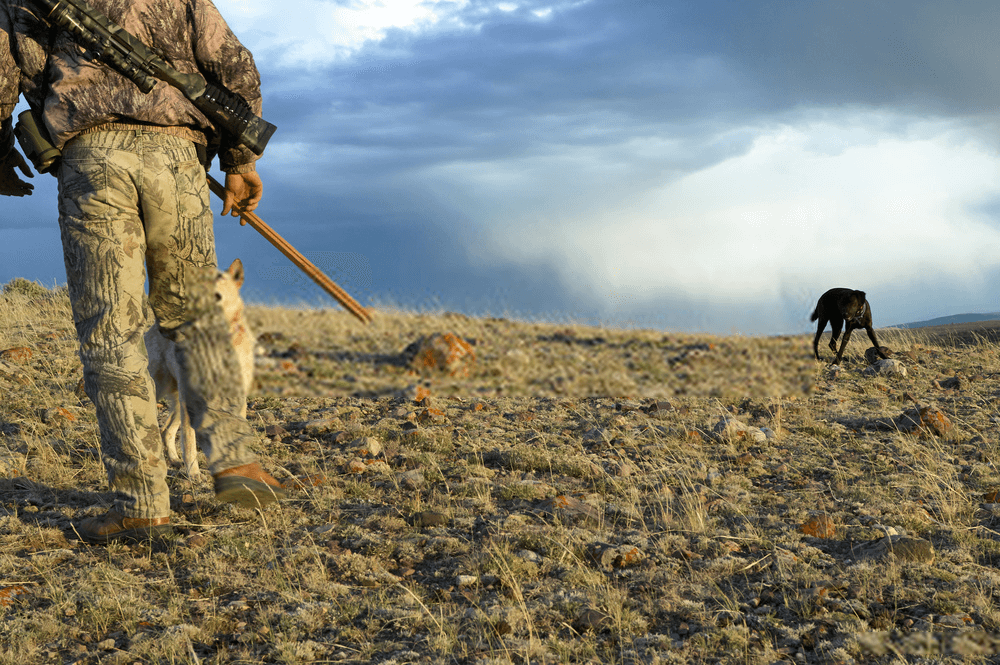 It is not unlikely to find a pile of droppings or signs of urine. Once you see something like that it is most likely to find the Coyote within your territory. The coyotes are more likely to stay in a place for a season as long as there is enough food available in that area.

Apart from the natural signs, the hunters can use binoculars and cameras. There are many cameras in the market which can show thermal images, which can be used as a great searching tool. The idea of day and night would be irrelevant once you start using those types of cameras.

​One of the fascinating things about Coyotes is that they are visual predators. They usually depend on what they can see. If a hunter can ensure a calling setup, it is highly likely that the coyotes would examine. However, to draw the coyotes out of range a visual cue would be very essential.

Coyotes are visual in nature. Sounds do not work as an attractant. You need to find something which is visible to the Coyotes. Place the decoy or attractant in the field where you can easily make a shot. Once the Coyote is near the decoy, make the shot. Don’t make it get confused while analyzing.

Coyotes are known to have great eyesight, therefor you do not need to make the decoy or attractant very flashy or attractive. Just make something that seems natural and let the coyotes do their job. 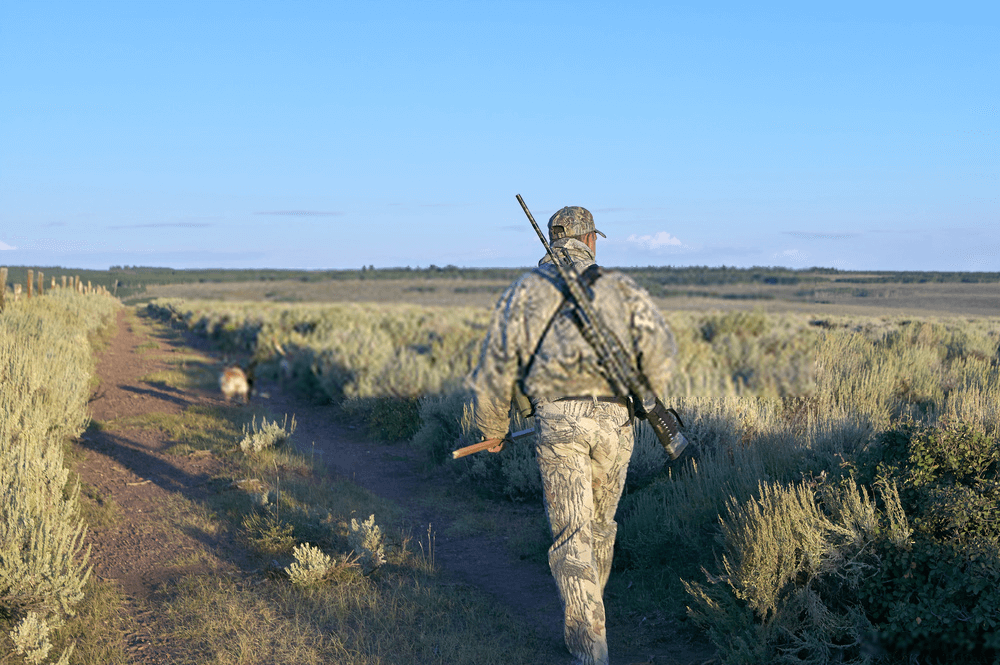 Be Meticulous about the Setting​

​The thing to understand by heart is that Coyotes are not stupid animals. They are also predators. They know about the hunting business. Many good shooting chances blows up by poor setting. There are numerous instances where the coyote leaves the hunting range because of the delay of proper setting.

Another important thing about the setting is the positioning of the hunter. It is important to have the sun in your back and the wind blow in your face. If the positioning changes you would be in serious hunting disadvantages. There are some experts who suggest that during the morning time, it is most suitable because of the wind speed and sunlight.

I too, some extent agrees with that dilemma. Nevertheless, understanding your location and setup is really important. If you feel your set up was okay. It is likely that your set up is fine. Just remember the combination and your positioning.

Use of a Hunting Blind

​Although, this might not be a popular suggestion but I truly believe with the help of a ground blind your coyotes hunting experience could be very fulfilling and comforting. It is important to choose a blind that matches your preferred hunting locations. There are some very good hunting blinds out there in the market which can cover the hunters completely inside it.

Try to use one of those. A hunting blind would help you positioning yourself in a critical position and make hunting easier. You can either shoot lying down or standing. I would recommend buying a ground blind that covers you from both sides. The last thing you want is being exposed your back to ta coyote.

Other than the given tips, special mentioned can be made to MOUTH CALLS, it can come very handy in your shooting game. Although, some prefer using an electronic cell, I would recommend learn lessons from the hundreds of YouTube videos or online resources.

To conclude, I just want to say. Coyotes population needs to be controlled as it is not good for the farm animals and the other species. There are many instances where the Coyote attacked even humans. It is a good decision that you want to hunt coyotes it would help to control the exponentially growing population.

I can promise that you would definitely have a great hunting experience using our top 5 tips. At the same time, keep exploring other sites who offer tips on the topic. Maybe some of them would be same.

In this article, whatever I have written are from my own personal experience and proven to be effective. So, what are you waiting for? Happy Coyote Hunting!